The Arlington Chills with Jack Johnson 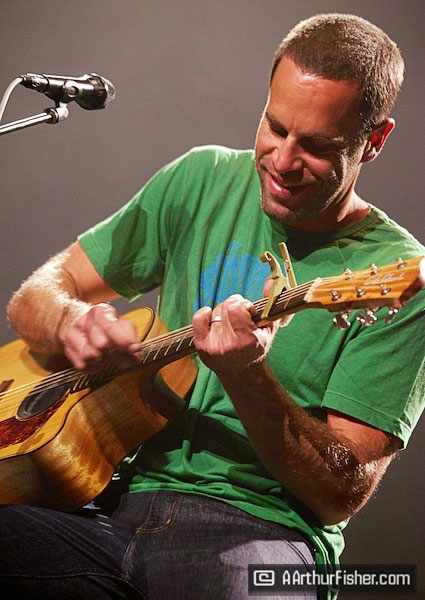 My friend Mike Day was raised in Hawaii and lives now in Santa Barbara. He's a kindred spirit of Jack Johnson. Their hearts reside in both places. Their temperaments are easygoing, friendly and genuine.

Jack Johnson is now a megastar in America. More than a decade after his breakthrough album Brushfire Fairytales, at 38 he seems to be just getting started, and actually getting better.

That's good for Jack, and good for Santa Barbara.

For Jack Johnson not only attended UCSB, but he married a local girl whose family still lives here. That means he's "ours" too...and while he lives in Hawaii most of the time Santa Barbara will always be a home away from home. So expect to see this talent gracing our local stages for years to come.

Just two years ago he sold out back-to-back concerts at the Santa Barbara Bowl and before that Harder Stadium, but this time around he's been playing lower key, smaller venues, much to the delight of those lucky enough to win the ticket lottery for a show that sold out instantly.

In the same vein as Eddie Vedder (a fellow semi-Hawaiian resident and ukulele player) Johnson's attempt to cut the scalpers out of a cut is admirable, even if not entirely successful. Certainly many in the audience still paid Craigslist prices of $200 a seat for the experience. But come showtime, nobody seemed bothered about it.

The show felt like a close-knit family and friend reunion. Between all his hits and new songs from his strong release From Here To Now To You, he talked about film studies at UCSB and eating at DLG dining common, meeting his wife - who once taught geometry at Dos Pueblos High School - bicycling around town, hanging at SoHo and Roy. Such familiarity does indeed make Santa Barbarans "family," or kindred neighbors at least.

Also, unlike many stars (who don't seem "like us"), he's not apparently self-centered, overly artsy or downright weird. While his primary audience is twenty to forty-somethings decked in casual, eco-friendly/dress up surf attire, there are fans of Don Ho and Curious George that can relate to this guy.

Johnson first emerged onstage, acoustic guitar in hand, to sing solo, starting with "Do You Remember" and then calling out for obscure requests. The good natured hoots emerging from the crowd made it all the more intimate, as did the living room feel of the stage – with Stickley-esque furniture, retro lighting and a playful/childlike backdrop drawing of palm trees, planets and TVs (hard to describe, I know).

While Jack Johnson seems like a guy you'd want to see outdoors (aka one of his heroes Jimmy Buffett) indoor theaters have their place and value with his music. The Arlington enabled the easy bantering rapport and conversation with his audience and the storytelling between songs. This is something that another of Jack's friends, Jackson Browne, achieved to great effect not long ago on a solo visit to this very theater.

Hilarious and insightful, Johnson talked about how some songs came to be, such as "If I Had Eyes." In fact, it emerged from an effort to get his son to drink more soy milk:

If I had an eyeball in my tail
I'd tell you looked good as you walked away...

More of this or less of this or is there any difference?
Or are we just holding onto things that we don't have anymore?

The only knock against Jack Johnson's music is that, while pleasant, some feel it tends toward sameness. His voice is nice to the ear but its bandwidth isn't wide. But since his Bowl shows two years ago he has moved to address this in successful ways. One can hear the influences of last year's Kokua Festival – a great benefit/live album – where he plays with assorted artists that he's clearly drawn inspiration from.

Letting multi-instrumentalist Zack Gill stretch his immense talents is one smart move. The piano, xylophone, accordion player stepped up with various sounds and vides that helped reweave Johnson's music. There's a bit of Dr. John/Little Feat gumbo now in "Mudfootball" and, due Gill's accordion playing, a melancholy, daresay Parisian, timber to "What You Thought You Need" and "Banana Pancakes."

Canadian musician Afie Jurvanen, known by his stage name Bahamas, opened the show with a nice set of his original music. He possesses and soothing voice and his songs consist of dreamy guitar riffs. Most impressive is the sound he and his drummer, along with two lovely back up singers, put out – a depth and quality impressive for a 5-piece band, let alone two and a half.

In the encore, Jack brought out several friends, starting with Bahamas. The floating female vocals behind him singing "I Got You" is something he might consider permanently adding to his entourage, as is puts his voice in the center of a mosaic of sound, but doesn't make it the only focus.

As my friend Mike said afterwards: "The cherry on the sundae was Hawaiian singer Paula Fuga coming out at the end to sing 'Country Road,' and after seeing this show and listening to the new album, Jack is getting better with age and hasn't gotten stuck in past."

My personal highlight actually occurred after even Fuga's floating harmonies. The band all moved to the edge of the stage and, without microphones, sang "Better Together," before a stone silent audience. If you are Jack Johnson's personal friend, you wouldn't get any closer to the real deal than that.