Written by Chris Johnson on 02 December 2011 Posted in Event Reviews.

An Evening of Spontaneous Happiness with Dr. Andrew Weil 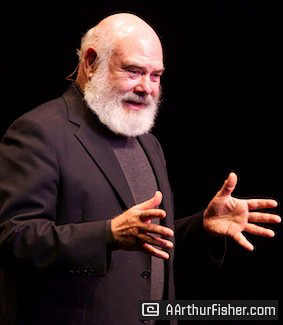 A wide spectrum of Santa Barbara citizenry, from students to seniors filled the Arlington Theatre Wednesday night for an 8:00 appointment with Dr. Andrew Weil, the “father of integrative medicine.” Appearing for UCSB Arts & Lectures, the Harvard-educated MD was in town to promote his latest book Spontaneous Happiness – a slight shift from his usual focus on the physical, to an examination of the emotional wellness model - and to discuss the current state of what ails us.

Dr. Weil began with a brief description of the human healing process through the body’s natural inflammation response to injury or illness, allowing increased blood flow and immune responders to the affected region. Unfortunately, for many Americans, due to heavy diets of processed and refined foods, lack of exercise and other poor lifestyle choices, the body remains in a state of chronic inflammation, turning the system against itself and enabling two of the nation’s largest killers - cancer and heart disease - to flourish. 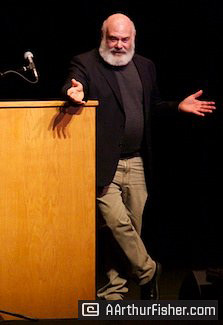 The doctor then set his sights on the state of today’s medicine, and the first diagnosis of the evening came as no surprise to anyone - our current healthcare system is in critical condition; expensive, inaccessible and staffed with physicians poorly trained (if at all) in preventative care, nutrition (the average med student receives approximately four hours of nutrition-related education during their entire course of study) or lifestyle counseling. Why? Money, of course. There’s little profit margin in prevention for big pharma or major insurance carriers. But corporate avarice isn’t the only culprit; driven by our quick-fix in a pill culture, and inundated with pharmaceutical advertising (only the U.S. and New Zealand permit over-the-counter, over the airwaves) patients today aren’t satisfied until they leave a doctor’s office with a prescription in hand. The cure, according to Dr. Weil, is not to be found in a government beholden to large drug lobbies, but to grass-roots consumer movements that have the power to affect the market and real change.

With this med-obsession so acute as to permeate even the country’s playgrounds – an estimated 1 in 10 elementary-aged children are on some type of ADHD medication – the doctor has now turned his attention (and latest book) to our mental well-being, specifically (and just in time for the holidays) depression.

Can’t Get No Satisfaction. 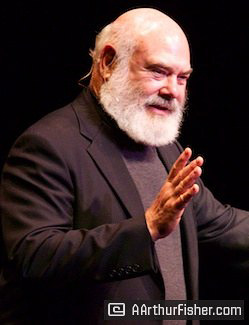 Citing the Declaration of Independence as the initial foundation for our national melancholia, Dr. Weil posited that the forefathers set the tone with the sibylline phrase, “… and the pursuit of happiness.” He contends that the more realistic and attainable goal of life is not to be happy all the time (the emotional ebbs and flows we all experience being a natural occurrence) but to be more content, pointing to the inverse relationship between affluence and satisfaction (the more one has, the less content they are likely to be). The doctor also noted later, that society’s stigmatization of depression may not be warranted and even possibly favored as a Darwinian trait in natural selection, as those prone to depression were often the introspective artists, creators and problem-solvers of the world. On a more contemporary note, Weil explained that information overload and our dependence upon social media is, ironically, causing more social isolation (and thus, depression) as virtual relationships supplant real ones. He also presented an interesting aside from his early days at Harvard as a protege of operant conditioning founder B.F. Skinner, surmising a connection between the experimental rats, incessantly pushing a lever which dispensed food pellets at random intervals, and those who play slot machines continuously (for randomly dispersed payouts) to people who assiduously check their e-mail accounts (hoping for the occasional, random, positive message/invitation/photo).

So, is there a way to assuage the blues in a rapidly moving, increasingly interconnected, ever-changing rat-race for the gold? The doctor’s prescription… 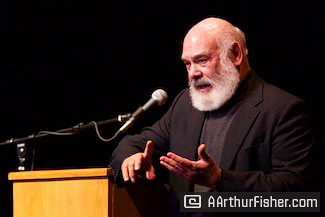 It was then that Dr. Weil stepped to the edge of the stage and led the audience in some basic breathing exercises, “for when you get cut-off in traffic or your boss makes ‘one of those comments’ to you.” The entire theater fell deathly silent as the crowd (literally) held its collective breath in a “conspiracy” (we were informed the root of which meant “to breath together”) for a count of seven, exhaled for a count of eight and inhaled on a four count, several times in succession. Other components to the remedy involved a daily expression of gratitude, and partaking of the doctor’s trademark anti-inflammatory diet - daily doses of fish-oil, fresh vegetables, olive oil, and turmeric, to name a few. At this point there did seem to be a slight aura of contentment over the Arlington audience… and then the Q&A began.

Two microphones were stationed on either side of the stage and the lines formed fast and deep. It was this portion of the program that really made the evening worth Weil as the good doctor answered random, rapid inquiries in impressive and authoritative fashion.

A woman opening a local restaurant with an anti-inflammatory based menu, inquired as to what a suitable sweetener would be. “Sweetener is sweetener,” Weil replied, “fructose is fructose, even in agave. There really is no alternative.” He also pointed out, alarmingly, that schools which replace soda machines with juice vending machines are doing no one any favors as the sugar content remains the same.

An audience member who wanted to facilitate sweeping lifestyle changes asked for the best method to sustain such a program. “It’s the company you keep. Surround yourself with like-minded people who are trying to or have already achieved goals similar to those you are pursuing.”

As a species that, for thousands of years, has subsisted on wheat, why are we suddenly so sensitive and/or allergic to gluten? Weil theorizes that it may be stronger strains of wheat are being produced, triggering the effect or that current production methods utilizing instant yeast, reduce fermentation and thus, create stronger allergens not normally present. Dr. Weil also related a study correlating allergy susceptibility with birthing methods; Infants born to women via Cesarean section were more prone to allergies due a lack of exposure to certain bacteria and other organisms present in the birth canal, creating a different composition of the child’s gut-flooring vs. those who had natural births.

And, this being California, the recurrent issue of medical marijuana was raised. The doctor responded by first praising our state for its more progressive stance as he felt cannabis as a plant and cannabinoids have a valid and valuable place in medicine. He also noted the lack of inherent toxicity and side effects (that may include death) plaguing other “legitimate” pharmaceuticals. Weil differentiated between medical and recreational use, eschewing the smoking of the herb for other patient delivery systems like a mist or a compound that could be placed under the tongue.

With that, the evening concluded as the audience left for the lobby to get their books signed; enlightened, innervated and content.