Written by UCSB A&L on 18 September 2017 Posted in Theatre News.

Leonardo da Vinci: The Secrets of History's Most Creative Genius

“A true scholar and a spellbinding writer.”
– David McCullough

UCSB Arts & Lectures, in association with the Santa Barbara Museum of Art, presents acclaimed biographer and public intellectual Walter Isaacson, delivering a FREE illustrated lecture titled Leonardo da Vinci: The Secrets of History’s Most Creative Genius on Saturday, October 14, at 2 p.m. at the Arlington Theatre, 1317 State St., in Santa Barbara. Books will be available for purchase at the event, and a book signing will follow the talk. 100 copies of the book will be given out on a first-come, first-served basis at the event.

Watch Walter Isaacson’s teaser on what we can learn from Leonardo da Vinci.

President and CEO of the Aspen Institute, Walter Isaacson has been the chairman of CNN and editor of Time magazine. He is the author of the biographies Steve Jobs; Einstein: His Life and Universe; Benjamin Franklin: An American Life; and Kissinger: A Biography. Isaacson will give an illustrated presentation on his new book, Leonardo da Vinci, demonstrating how da Vinci’s genius for art, science and technology was based on skills we can improve in ourselves, such as passionate curiosity, careful observation and playful imagination.

Isaacson’s new book, Leonardo da Vinci, brings to life history’s most creative genius at the crossroads of science, the humanities and the arts. Hailed as “enthralling, masterful and passionate” (Kirkus Reviews, starred review) and “a monumental tribute to a titanic figure” (Publishers Weekly, starred review), the book highlights and teaches the importance of creativity and challenging the status quo. Isaacson is also author of The Innovators: How a Group of Hackers, Geniuses, and Geeks Created the Digital Revolution (2014), a biographical tale of the people who invented the computer, Internet and the other great innovations of the digital age. He is the co-author of The Wise Men: Six Friends and the World They Made (1986). 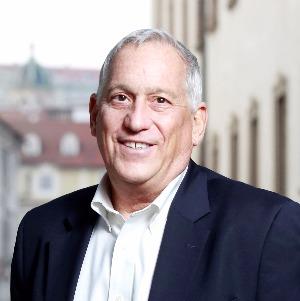 Isaacson was born in New Orleans. He is a graduate of Harvard College and of Pembroke College of Oxford University, where he was a Rhodes Scholar. He began his career at The Sunday Times of London and then the New Orleans Times-Picayune. He joined Time in 1978 and served as a political correspondent, national editor and editor of digital media before becoming the magazine’s 14th editor in 1996. He became chairman and CEO of CNN in 2001 and then president and CEO of the Aspen Institute in 2004. He will join Tulane University’s history department as a University Professor in 2018.

Isaacson is chair emeritus of Teach for America, which recruits recent college graduates to teach in underserved communities. From 2005-2007, he was the vice-chair of the Louisiana Recovery Authority, which oversaw the rebuilding after Hurricane Katrina. He was appointed by President Barack Obama and confirmed by the Senate to serve as the chairman of the Broadcasting Board of Governors, which runs Voice of America, Radio Free Europe and other international broadcasts of the United States, a position he held from 2009-2012. He is on the board of United Airlines, Tulane University, the Overseers of Harvard University, the New Orleans Tricentennial Commission, Bloomberg Philanthropies, the Carnegie Institution, the Society of American Historians and My Brother’s Keeper Alliance.

This is a FREE community event.

UCSB Arts & Lectures gratefully acknowledges the generous support of SAGE for its major corporate support of the 2017-18 season.